The Season 1 finale of Fringe "There Is More Than One Of Everything" featured a look into the alternate reality where William Bell is living (hiding?). Bell's office, located in NYC's World Trade Center, suggests that events in this Earth Prime have played out a little differently than in our reality. The most powerful example in Bell's world: instead of the Twin Towers being destroyed on 9/11, it was the White House.

The newspaper shown on William Bell's desk hints at some other "roads not taken". Included in the Fringe Season 2 press kit was a 4-page replica of the newspaper from another world. Below are scans/photos of the entire paper. The "New York News" contains the following alternate realities. There are too many items to cover individually, but some of the more intersting ones are: 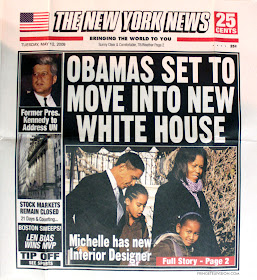 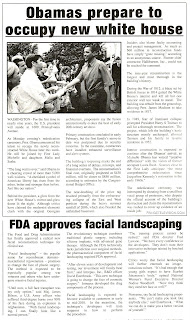 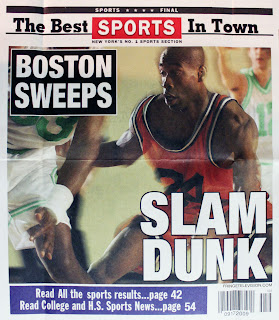 Anonymous posting has been turned off.